Projet Tilt Cove
‍
The Tilt Cove Project is an exploration-stage gold-copper project located within the Baie Verte Mining District, near the community of La Scie, Newfoundland, approximately 45 kilometres by road from the Company’s Pine Cove Mill. Signal Gold has consolidated more than 11,000 hectares of prospective mineral lands including a significant property package covering 35 kilometres of high-potential strike length including the Nugget Pond Horizon ("NPH")’
‍
Highlights of the Tilt Cove Project include: 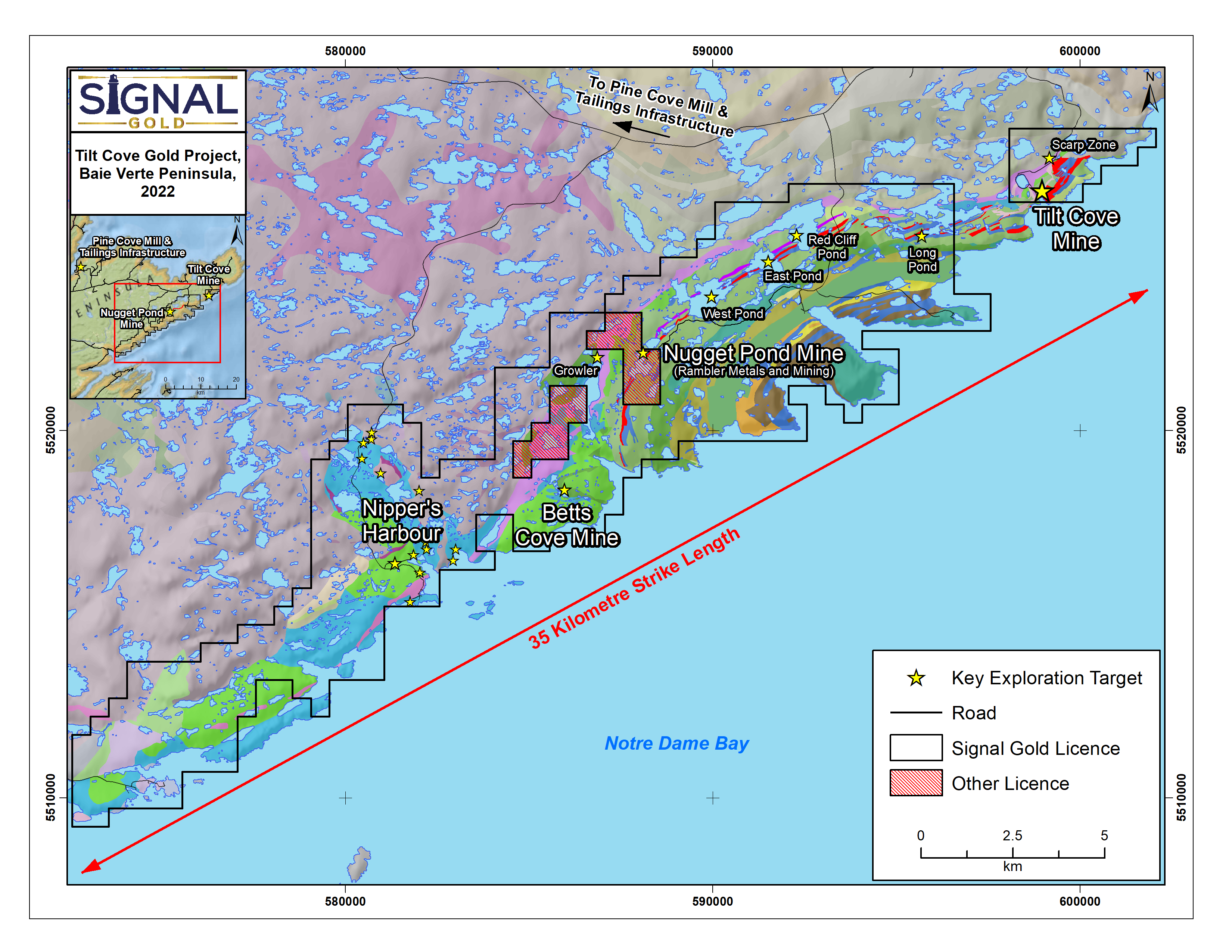 The Tilt Cove Project is host to orogenic gold and volcanogenic massive sulphide mineralization within the Betts Cove Complex, a Cambrian to Early Ordovician ophiolite complex and volcanic sequence, comprised of the Betts Cove Ophiolite and its volcanic and sedimentary cover sequence, the Snooks Arm Group. The sequence is in thrust contact with Silurian felsic volcanic rocks of the Cape St. John Group to the north and intruded on the northwest side by the Silurian Cape Brule Porphyry and Ordovician Burlington Granodiorite. The Betts Cove Complex is geologically equivalent to rocks underlying Signal Gold’s Point Rousse Project. The Tilt Cove Project is host to three past producing mines that include the Nugget Pond Gold Mine and the Tilt Cove and Betts Cove Copper Mines, as follows:

Nugget Pond Mine - The Nugget Pond Mine produced 168,748 ounces of gold with an average grade of approximately 9.85 g/t between 1997 and 2001.  The deposit is hosted along the Nugget Pond Horizon, an iron formation with nearly 20 kilometres of strike and has similarities with other Canadian Banded-Iron-Formation hosted lode gold deposits such as Lupin, Meadowbank, Meliadine and Committee Bay.

Tilt Cove Mine - The Tilt Cove Mine was discovered in 1857 and produced a total of 8,160,000 tonnes of ore grading between 1.25% to 12% copper and 42,425 ounces of gold between 1864 and 1917 and again between 1957 and 1967. Gold is typically associated with copper mineralization and several of the historic copper deposits require follow-up testing for gold potential.

Betts Cove Mine – The Betts Cove Mine was first discovered in the early 1860s. Between 1875 and 1886, approximately 130,000 tons of handpicked ore grading about 10% copper and 2,450 tons of pyrite were mined. Sampling of surface stockpiles from previous mining have retuned high gold values and base metals values up to 9.99 g/t gold, 18.3% copper and 1.7% zinc.   No gold was recovered from the ore body.

The Nugget Pond Target is a 7.5 kilometre zone along the Nugget Pond Horizon extending northeast from the Nugget Pond Mine to the Tilt Cove Mine. There are four key exploration targets that are prospective for Nugget Pond-style mineralization on the Property as follows:

West Pond Prospect – The West Pond Zone comprises a minimum 1.3-kilometre long target beneath West Pond that is marked by the continuation of the Nugget Pond Horizon northeast of the Nugget Pond Mine.  The horizon outcrops on the east and west shores of the pond where gold mineralization has been sampled.  Continuation of the horizon under the pond is inferred from combined magnetic and IP conductivity data.  There is a strong combined till and soil anomaly that extends down ice (SW) from the Nugget Pond Horizon for at least 600 metres.  The Nugget Pond Horizon in this area is associated with a break in the magnetic trend indicative of alteration and magnetic destruction associated with a cross-cutting northwest oriented fault, similar to that present at the Nugget Pond Mine.  The combined soil geochemical and geophysical features make this an attractive target for follow up drilling testing.

Long Pond South Trend – A 4.0-kilometre long section of the Nugget Pond Horizon to the east of Red Cliff Pond that has some existing soil anomalies but is generally lacking full soil coverage.  Follow-up prospecting and soil sampling is warranted in this area.

Betts Cove Mine – At the Betts Cove Mine disseminated to massive pyrite and chalcopyrite +/- gold mineralization is hosted at the contact between gabbroic sills and pillow basalts, particularly within a chlorite schist unit that may represent a sheared alteration zone; a similar setting to the Tilt Cove Mine 20 kilometres to the northeast along strike.A zone of gold mineralization has been intersected by drilling in 1989 and 1996 at the Betts Cove Mine area.  Four of the drill holes testing the deposit returned significant gold intercepts including:
The gold zone intersected in these drill holes is spatially displaced from the copper zone historically mined at Betts Cove.  The zone is seemingly flat lying and intersected over an approximately 200 by 50 metre area that is open to the southwest.  Potential exists to expand this zone of mineralization along strike.

Mount Misery Prospect – The Mount Misery prospect is located 1.2 kilometres northeast of the Betts Cove Mine and 2.7 kilometres southwest of the Nugget Pond Mine.  The prospect has similar geology to the nearby Betts Cove Mine where disseminated to semi-massive pyrite and chalcopyrite +/- gold mineralization is hosted at the contact between gabbroic sills and pillow basalts.  Grab samples from the Mount Misery prospect assay up to 2.96 g/t gold.  Drilling completed in 1997 intersected disseminated and stringer sulphides that assayed 2.30 g/t gold over 1.5 metres (from 57.0 to 58.5 metres) and 2.24 g/t gold over 1.0 metre (from 113.0 to 114.0 metres).

The Long Pond Target is a 4.0-kilometre long zone that is located at the contact between ultramafic rocks of the Betts Cove Complex and younger Silurian felsic volcanic rocks of the Silurian Cape St. John Group.  The Long Pond Zone includes six gold (+/- copper) prospects over its strike length that include:

Long Pond Prospect - A zone of strongly silicified, hematized, carbonatized, brecciated ultramafic rock that is host to quartz stringers, veinlets and stockworks up with veins up to two metres wide.  The mineralized zone is exposed over a 125 metre strike extent and is up to 35 metres wide.  Grab samples from the prospect have returned assays up to 75.90 g/t gold with abundant visible gold. Historic drilling has returned assays of up to 21.5 g/t gold over 1.19 metres.

Long Pond West Prospect - This prospect comprises a 15 centimetre wide quartz vein. Grab samples assay up to 9.90 g/t gold and channel sampling returned assays of 1.52 g/t gold over 15 centimetres. A single drill hole testing the occurrence intersected a 2 centimetres wide vein assaying 2.69 g/t gold over 1.12 metres. The prospect was discovered via follow-up of a till sample that assayed 83.90 g/t gold.

Boneyard Prospect - This prospect comprises several narrow (up to 5 centimetres), shallow south dipping quartz + pyrite veins. Grab samples from the prospect assay up to 3.01 g/t gold with pyritic wallrock assaying up to 0.31 g/t gold. Drilling returned an assay of 6.87 g/t gold over 2.01 metres although is interpreted to have intersected the zone obliquely.

George Prospect – This prospect comprises a quartz-specularite vein that can be traced over 70 metres and varies in width from 5 to 20 centimetres. Coarse platy specularite lenses within the vein contain visible gold.  Grab samples have returned values as high as 351.1 g/t gold. This occurrence has not been drilled.

Nudulama Prospect - The Nudulama prospect consists of a Cu-Zn-Au, pyrite-chalcopyrite massive sulphide body within pillowed mafic volcanics, similar to that of the Tilt Cove Deposit located three kilometres along strike to the east. Historic workings of uncertain age found at the showing include an exploration shaft that was sunk on the main showing, in addition to two shafts, two adits and a trench, which were excavated in three areas along a northwest trend from the showing. Grab samples have returned values up to 4.58 g/t gold and up to 8.7% copper.

Signal Gold Inc. acquired a total of 102 claims (2,550 hectares) that form part of the Tilt Cove Project in 2018 from map staking.  The Company can acquire a further 100%-undivided interest in a total of 126 claims (3,150 hectares) through five separate option agreements. Under the option agreements, the Company is required to make aggregate payments of $490,000 in cash ($157,000 paid), $157,000 in common shares ($7,500 paid), and deliver 125,000 common shares (75,000 delivered) from November 2016 to March of 2023.  The Company has also agreed to expend an aggregate of $750,000 over the term option agreements.  Following the acquisition of 100% interest, the Company has agreed to a Net Smelter Return Royalties (NSR) of 2.0% on four optioned properties and 3.0% on one optioned property.  Two NSRs have 1.0% purchasable for $1.0M and $1.25M, with a right of first refusal on the remaining NSR.  Three other NSRs are capped between $1.0M and $1.5M.
Exhibit A. A geological map of the Tilt Cove Project in the Baie Verte Mining District of Newfoundland. The map highlights the Nugget Pond Horizon and the Venams Bight Formation as key host rocks to gold deposits at both the Tilt Cove and Point Rousse Projects as well as key exploration targets. 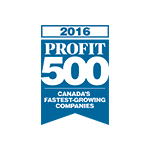 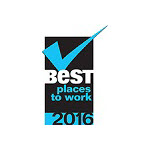 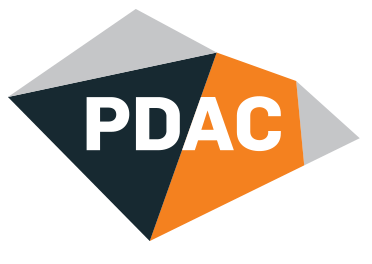 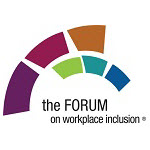 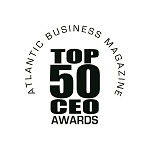 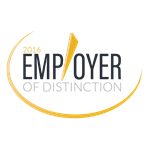